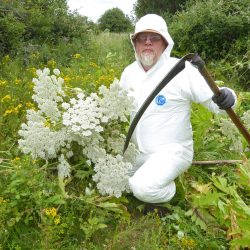 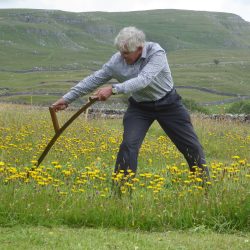 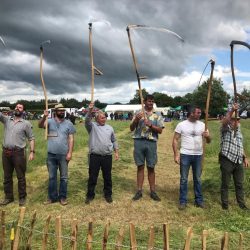 Mowers faced typical Somerset level grass at the Green scythe fair this year: lush and heavy! The grass cut easily enough, as shown by the decent times recorded by mowers in the 5 x 5 metre plots. The main challenge competitors faced was partially laid grass pushed in a variety of directions by the Read more about Green Scythe Fair Championship results 2019[…] 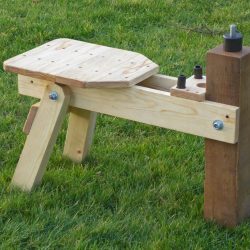 As a postscript to this year’s International Peening day (April 7th) I have been reviewing the wonderful diversity of peening pony designs.  A number of scythers have kindly sent me photos of their many and varied set ups,  (and I can add more if you want to send me your photos). Arrangements for peening of Read more about Peening day review 2019[…] 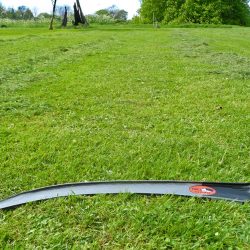 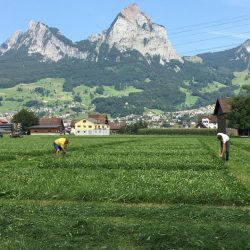 The European Scything Championships held near Shwytz/Brunnen in Switzerland was a first for any British competitors as Kevin Austin and Nigel Adams found themselves rather surprisingly entered. Here is their story. With Richard Brown and Simon Damant heading for Estonia this summer the other half of the Romania 2015 crew decided they had better find an Read more about European Scythe Championships , Switzerland 2017[…] 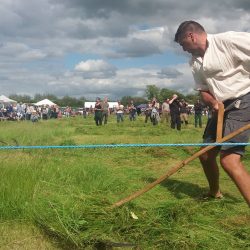 5 x 5 metre Results George Montague’s astonishing performance made him the clear undisputed champion for 2017.  He mowed his plot in just 40 seconds! His time, breaking the one minute barrier, is a festival record time, and a personal best for George  (George having mown a 1 minute time in 2013). Kevin’s time at one minute equals this Read more about West Country Scythe Festival Competition Results 2017[…]

I am John Hardy a volunteer gardener and trustee of The Friends of Brading Roman Villa on the Isle of Wight.  We are a team of five dedicated gardeners who look after the garden. Last year we were asked if we would take over the wild flower meadow at the rear of the villa. This had Read more about Hay Making at Brading Roman Villa[…]