I am John Hardy a volunteer gardener and trustee of The Friends of Brading Roman Villa on the Isle of Wight.  We are a team of five dedicated gardeners who look after the garden.

Last year we were asked if we would take over the wild flower meadow at the rear of the villa. This had been left wild for about eight years and the meadow was no longer a meadow but had started to become what you could only call scrub land with the grass becoming very tough with bramble patches, stinging nettles and large patches of trefoil. 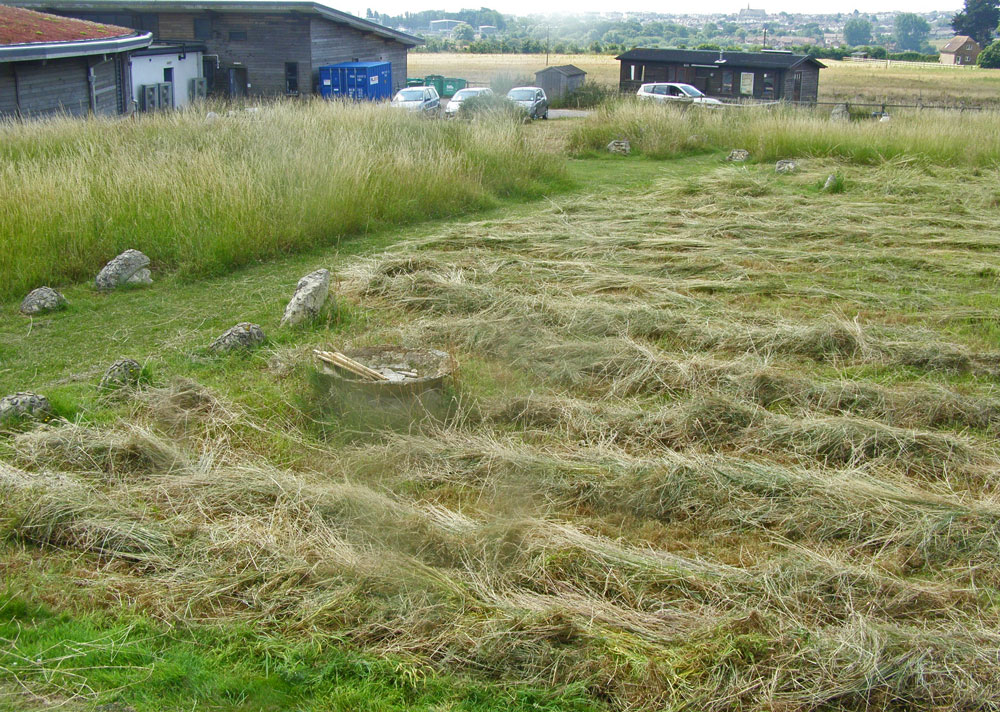 I suggested that we buy a scythe because this seemed to be a more efficient way to cut such overgrown vegetation. Luckily one of one of the friends has a small holding and always uses a scythe to cut his grass and he offered to come and give us some tuition and advise on safety. So we spent a very nice afternoon at his smallholding mowing grass with scythes fuelled only by coffee and cakes, while he demonstrated how to sharpen the scythe without cutting off any digits. This short session proved to be invaluable when we started on the meadow. When eventually we got the feel of the scythe it was so satisfying when you looked back and saw the rows of cut grass laying down. It was also quicker and more satisfying than using a noisy strimmer. 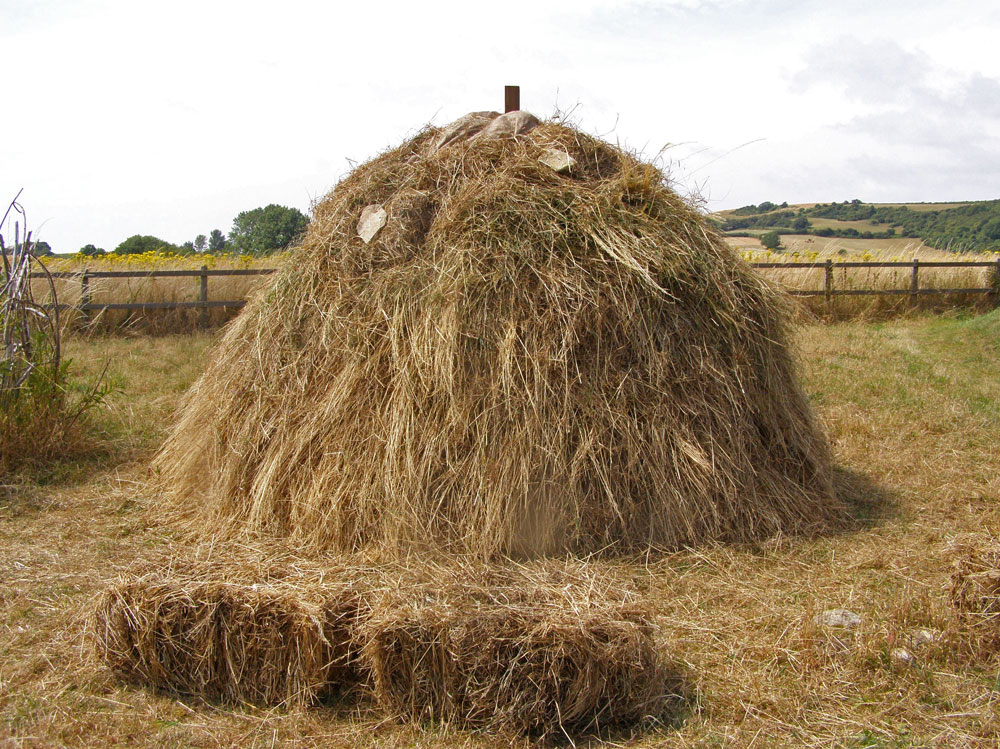 Having mown the grass we then had the problem of what to do with the hay which was not suitable for animal use and we could not burn it, so we decided to make a hay stack the way the Romans made theirs which is still used in parts of Europe. We made a couple of wooden rakes which proved to be much better than ordinary rakes. We had a lot of fun making the stack and it proved an attraction for visitors to the villa also. 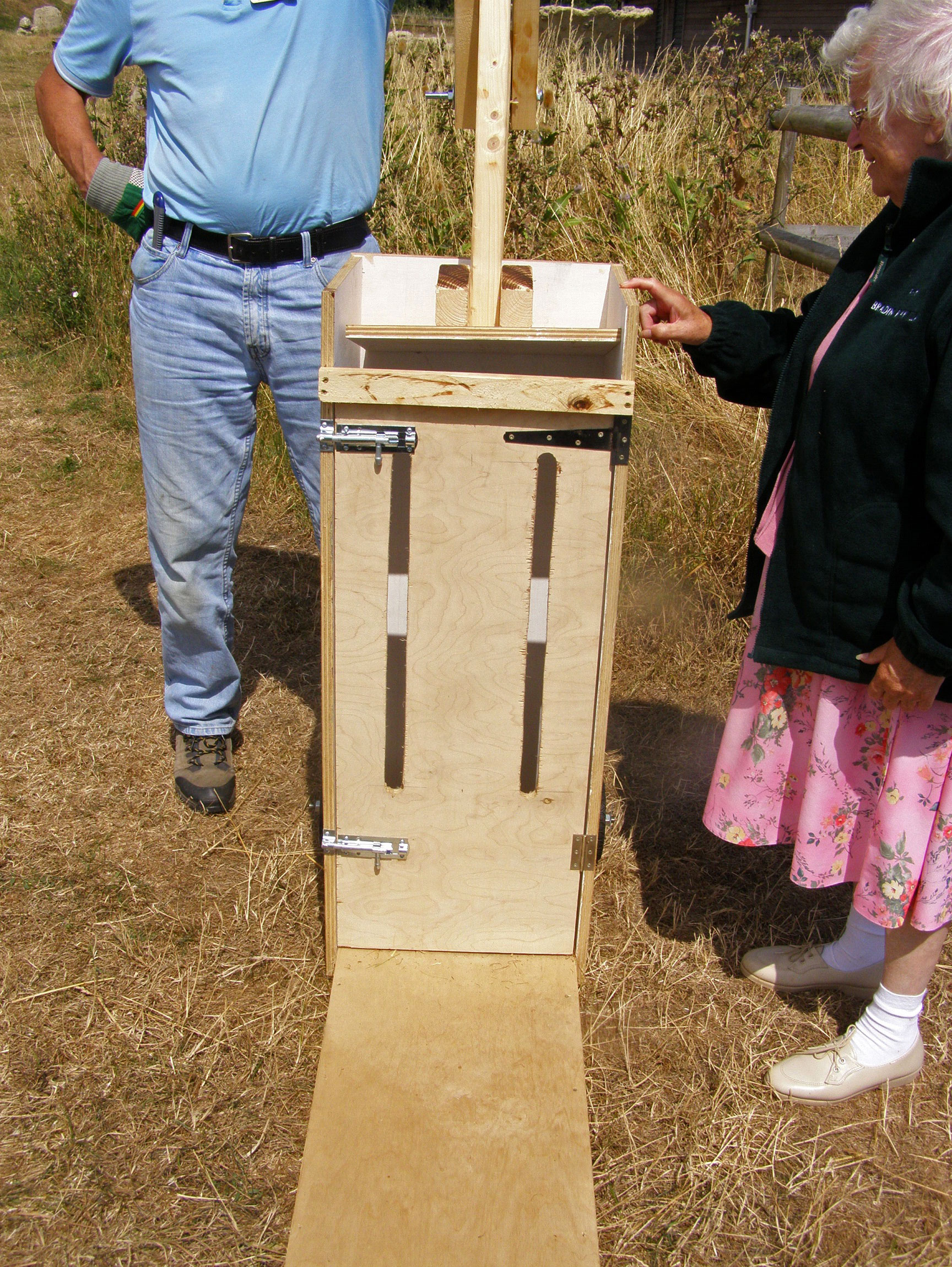 When the time came to cut the the grass in the rest of this field we decided to cut this with scythes and save the hay, so we made a small hand baling machine and used this to bale up this hay which saved us having to get someone to cut and bale the hay. The bales we then donated to the local donkey sanctuary.

Last year we planted a small plantation of 300 cob nut trees in our adjacent field and also a local vineyard planted 120 vines. Next year the hay can be used as mulch around these trees.

We are hoping that eventually we will be able to use this field as an educational area for local schools to come and enjoy it as much as we do looking after it.

One thought on “Hay Making at Brading Roman Villa”